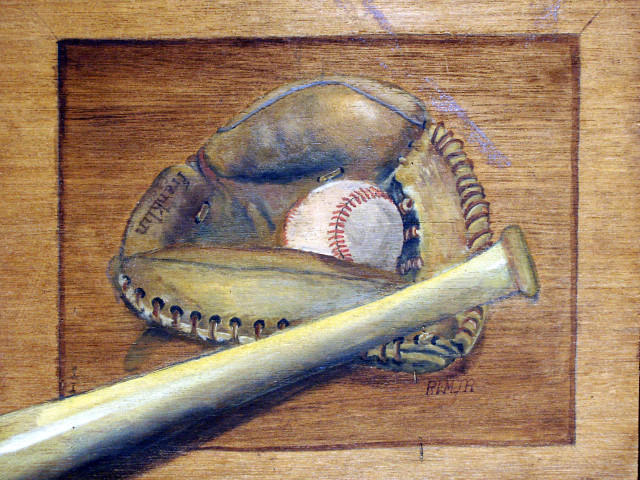 I fucking love this game.

Baseball has always has been a big part of my life. From the time I was about six years old I have loved the game and the Baltimore Orioles. Baseball was just part of everyday life. When it was want we played form the moment we got out of the house until we came in at the end of the day when we could hear the chorus of Moms yelling for individual kids.  Looking back it must have sounded like the evening bark scene in 1010 Dalmatians as one by one each mom hollered for kid to get in the house. We played all day, wiffle ball or baseball, stopping only to go to whoever’s house was closest for a hunk of bologna on white bread and some Kool Aid or store brand colas. I had a transistor radio with one of the old plastic white earbuds and if the orioles were playing I was listening to Boog, Brooks and the gang battle the forces of evil. When the adults were done with the paper I would read all the box scores to see what was going on around the league. I loved the game then and I still do today.

Each year I post my expectations for the year ahead and truth be told we have done pretty well with it over the years. I use a bit of math, a bit of common sense and some gut feelings based on decades of watching and studying the game. My results are far from perfect but they don’t entirely suck either. So without further ado here this years expectations and predictions.

AL East- Every bid has fallen in love with allegedly revitalized Boston Red Sox. While adding Kimbrell and Price make them a better team it doesn’t make them a great team. The Blue Jays are the consensus pick and while it is hard to argue against them I am going to anyway. Tampa bay has a fantastic rotation with four of the best your pitchers in baseball.  Kiermaeir is one of the best defensive center fielders in the game and they have dependable if not spectacular bats in Longoria and Morrison. Pitching wins titles and Tamp will win the division. When you starting pitchers can keep you in every game you are going to pick up your share of close games and that is usually the secret to the AL East.

AL Central- I want to pick the White Sox but the Adam LaRoche incident has created some locker room issues. They have the pitching and  some great bats but everything would have to gel perfectly and Ventura may have to work on rebuilding the locker room. Detroit is getting too damn old to get it done although at times the offense will give pitchers nightmares and a good case of the shits. I am one to hold a grudge and have not forgiven the Kansas City Fucking Royals for the playoff series against Baltimore two years ago but they a very good baseball team and my pick to win the division.

Al West- most are picking Texas and it is a very good ball club. I think the younger across the board Astros may have the core of a great team and will take the divisions. The Angel have Mike Trout but the rotation will not get them through the year. A couple of stars won’t get it done when the rest of the team struggle to be average. Oakland is just not all that good and Billy Beane needs another draft or two to get the club back on track. Seattle will flirt with the division lead at times but won’t be able to catch Texas and Houston late in the year.

3-Mariners- just not enough to compete of the division win

4-Angels – must watch team just to see trout play but not enough across the board to be a force.

National League up next