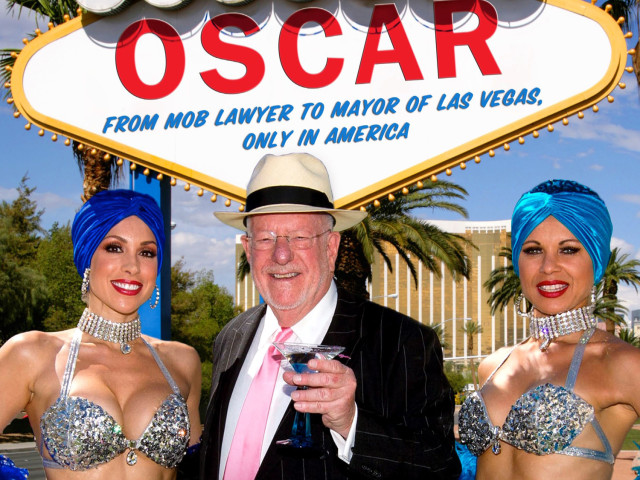 Being Oscar by Oscar Goodman is not going to go down as classic literature or even important history. It is however a damn fine read and a look at man that is the quintessential. He was a mob lawyer who rose to be the mayor of Las Vegas with some storied stops along the way. This is man who freely admits he loves to gamble and drink. He flat out told constituents and advisors not to call him in the evening as he planned on being impaired.  His view on the economy was that everyone should get a lap dance to get things rolling again. You have to like a guy like that.

The part that deals with his mob lawyer days is eye opening. He paints a picture of government lawyers willing to break whatever laws or procedural rules necessary to convict his clients. They usually were unable but they routinely used the excuse of putting the “bad guy” away to commit egregious civil rights violations. He compared his mobsters clients to politicians with the comment that at least when one of his alleged evil over clients gave his word he could take it to the bank. The average prosecutor and politicians, including the current President , come off very poorly when compared to mob bosses and hit men.

It is worth mentioning that some of his remarks tie into a private theory of mine. The worst thing the DOJ and FBI ever did was disassemble the Italian mob. They didn’t just commit crimes they controlled it. There were rules. Civilians rarely got hurt. They needed safe streets on which to ply their gambling, girls and other vice trades so street crime in mod controlled towns was low. To a large degree they made cities more efficient and safe for the average citizen. The groups that have replaced them do not have the same sense of civic propriety and honor.

Goodman is a classic. He favors the legalization of all drugs and prostitution and taxing the hell out of them to run society. He points out quite correctly they remove the criminals like cartels and pimps form the process and provide control and revenue. He does not shy away from controversy in any form all while sipping a martini with a showgirl on each arm. He is what America used to be and should be again.

Highly recommend reading this one.