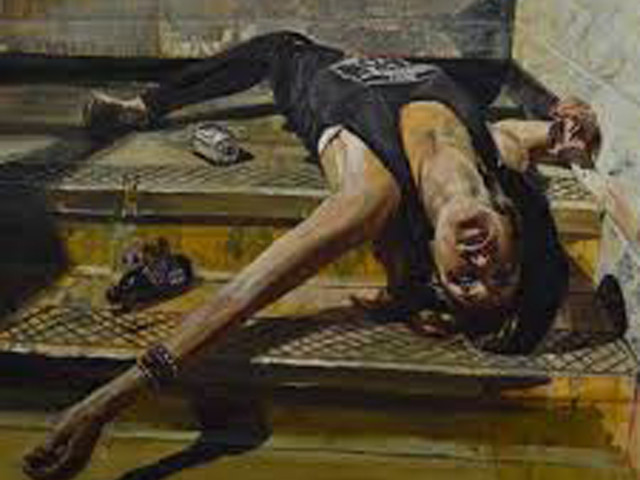 Love one another. It seems like the simplest of commandments form the New Testament and most of the major religions have something similar in their verse and canon. Just love another. I fear it is too tall an order for the wretched mess that is humanity.

Love is so much easier in the abstract isn’t it? It is very easy to love those starving little African babies from 8000 miles away. Why you can just love them right up via Mastercard and Visa and a few extra pennies in the special offering. It is very easy to love the poor by sticking a bill or two in the poor box on your way out Sunday mornings but it’s a lot harder to love the damn shit stained wino on the sidewalk outside or the fucking meth addict toothless sonofabitch eyeing up your car in their parking lot. It is a lot easier to talk about feeding the poor when you do not actually have to interact with their smelly desperate reality.

As the great Linus Van Pelt once cried out in his confusion “ I love Mankind. Its People I can’t stand”. I get it. It’s like family. I can love my family to death from 1000 miles or more away. Any closer than that and I become filled with a desire to, as the kids say, “Busta cap in dey ass.” It is easier to love the concept of mankind (and extended family) than some of the truly fucked up people who comprise its core.

It is pretty easy to love those who look like us, think like us, live like us and believe the same things we do. We can stand among them and declare that by golly we love the whole damned world. But then there are all the exclusions.

I love everyone but those Christ Killing money grubbing fucking Jews.

I love everybody in the whole wide world. Well except for those fags and lesbians. That’s just unnatural.

I love everybody except those lazy good for nothing food stamp collecting welfare check cashing worthless blacks.

I love everybody except those damned white people that been keeping a brother down for so long.

I love everybody except those fucking tax and spend liberals.

I love everybody except those right wing gun toting know-nothing nutballs.

I love everybody except those ridiculous fucking Catholics talking about confession and eating the sweet little baby Jesus every Sunday morning.

I love everybody except those god forsaken slimy assed lower than whale shit Red Sox fans.

I love everybody except for infidels like non-believers Jews and Christians.

I love everybody except ……the list can go on and on and on…and it does.

Just love another. A Simple request but a tall task.

Soooo- perhaps we should modify the instruction and develop something easier that can still allow us all to live our lives without constant intrusion and instruction from those who cannot love us for whatever reason.

If you can’t love another at least have the decency to leave one another the fuck alone. Live your life and don’t worry about theirs so damn much.

So then we revise:

Leave One another the fuck alone.