Random Musings on a Sunday Afternoon 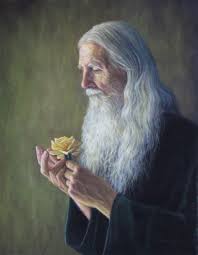 It is once again the most wonderful time of the year. Now even though the stores have had Christmas shit out for weeks, that’s not what I am talking about today. Don’t get me wrong. There is a lot to like about Christmas. There are family, friends, parties, left-over turkey sandwiches, mini-Hershey bars and all sort of things I like about Christmas. As we get closer to the big day I turn into a ho-ho-ho merry motherfucker but let’s be honest there are some things about the season that are a pain in the ass. The decor monster eats my house and yard. The son of a bitch yard guy who routinely runs over my wife’s pants and the garbage guy who is already paid outrageous wages expect Holiday Tips. Charities pop up everywhere with pictures of starving Ethiopian children and puppies tied to a cinder block behind a tenement in search of cash. Fistfight over Merry Christmas and Happy Holidays break out all over the place. Fat perverts with boozy breath in red suits set up shop all over the place. Christmas is nice, but it has its faults.

The most wonderful time of year for sports fans is September to the end of October. Baseball is in the home stretch, and we will soon have playoff baseball. Football is getting underway. I prefer the college game, but for most of America, the NFL is akin to religion. However, you like it it’s the start of pretty much seven days a week football on the television. If you are into tennis the UP Open is underway. The NASCAR playoffs start this month. Indy car racing season is finishing up. It’s the home stretch for MLS as well. This is the time of year that couches fear and TV salesman love. Truly, the most wonderful time of the year.

I don’t care if you are left, right or center if you made Houston, Rockport, and Beaumont about politics there is something fucking wrong with you. Hurricane Harvey had no politics. It was not George Bush’s fault. It was not because of some evil deed by that dastardly Barak Obama. It is not even Donald Trump’s fault. It was a hurricane, and people suffered regardless of race, creed, gender or politics. If politics is such a big part of your life that everything is political you are well on your way to becoming one of the Absolutely Convinced and are in danger of becoming part of the vile group of people whose tainted stench stains the very air we breathe.

If you watched the film this past weekend you saw the best of humanity in action. I am sure that the heroes in kayaks, canoes, john boats, bass boats jet skis and airboats were probably from everywhere on the political spectrum. They didn’t worry about the race, gender or politics of those they rescued. They were just people saving people. We could surely use a lot more people and a lot less politics.

Naturally, the climate change folks were out in force showing up even as people were abandoning their homes and struggling to survive. My dear friends if scientists are still debating the subject it is not settled science.1+1=2 is settled science. Water freezes at 32 degrees Fahrenheit is settled science. Climate change is a theory, and there seems to be lots of evidence on both sides. It is not settled by a long shot. We should be doing things to clean the air and water and protect the environment no matter which theory is correct, but there is no evidence that climate change is not making the storms worse.

Now the special kind of really fucking stupid among us will ask why we hear so much more about these storms today that our parents and grandparents did? Take a second and work your brain okay? These storms have been happening since the beginning of time but before funs thing like automobiles, air conditioning, mosquito repellant and indoor plumbing not many people lived in the suburbs of Houston. Before there was an oil industry there was pretty much no valid reason to live near Beaumont Texas. Rockport Texas was a fisherman and pirate playground until we got highways, cars, and bridges.

The storms happened. There just was not anyone there. There sure as shit was not CNN shoving a microphone up the nostrils of some poor bastards who had just spent 48 hours perched on the roof of their house until they were rescued. The year we had the most major hurricanes (1961) Jim Cantore was not even born yet.

There have always been storms. The difference is that now people live there thanks to” just because we can doesn’t mean we should” technology improvements and the media. We don’t have a climate crisis as much as we have a media crisis.

While we are on the subject of media I have to say I don’t know any alt righters or lefters. I have some friends that have some pretty fucking goofy political ideas, but they don’t stand in the streets throwing bags of piss at police officers. I have met some cops that were real shit bags, but most of are good folks doing a difficult job and really don’t deserves the feces flinging we have seen in recent weeks. I don’t know anyone on the extreme violent edges of the political system, and I do not want to know them. They are no better than the corrupt politicians and crooked churchmen that make up the absolutely convinced, and they are a blight on society. If your ideas can only be distributed via violence your ideas are probably shit.

A very small percentage of the population falls into the “alt” classification but if you watch the news that’s all we see. The worst part is that if you just ignored the racist fucks on the alt right they would go away. The KKK and groups like them love publicity of any kind. They need it in the hopes that in the millions of people that see the shit show on TV there might be one or two other ignorant fucks who will then rally to their cause. The best recruiters the racist groups have are the Antifa morons and the press who worship them. Someone said the other day that we all have to pick sides in the growing political divide. I already picked mine. It’s the “leave me and mine alone, or I will bust a cap in your ass” side. Whether it’s the right or left cheek doesn’t matter to me.

We would be better off if more people chose that side. The greatest thing that could happen in this country today is if they held an election and nobody came. Whatever would we do if we had no one to tell us what to eat, drink, smoke or otherwise ingest. How could we function without Papa Government there to advise us? I suspect we would do just fine.

Same with church. Could we function without someone to tell us who to love, who to hate and direct our acts of kindness as directed? Maybe we would stop feeding the hungry children halfway across the world and feed the ones we stepped over to get into the services this morning. Maybe-just maybe- we stop hating people who believed in a different imaginary being than we do.

I am reminded of the word of Epicurus, the Greek philosopher when he spoke of the Gods. I think it today’s modern times we could also apply them to politicians at all levels:
“The gods can either take away evil from the world and will not, or, being willing to do so cannot; or they neither can nor will or lastly, they are able and willing. If they have the will to remove evil and cannot, then they are not omnipotent. If they can but will not, then they are not benevolent. If they are neither able nor willing, they are neither omnipotent nor benevolent. Lastly, if they are both able and willing to annihilate evil, why does it exist?”

Gods nor politician can do a lot to change your life. You can.

Gods nor Politicians have done a very good job of feeding the poor. We can

God and politicians have done a terrible job of improving our broken education system. We can

Gods and politicians cannot love, protect and support your family. You can