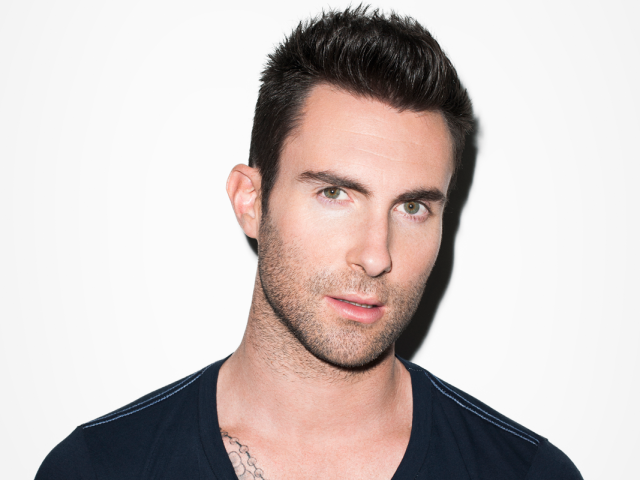 As many of my friends can attest, for years I’ve referred to Adam Levine of Maroon 5 as “the most annoying Jew ever.” I’ve recently had to revise that stance – not because I finally heard a song of his that I liked – but because I learned only his father is Jewish. Technically this makes him a non-Jew, though at least now he doesn’t have to worry about his tattoos keeping him out of a Jewish cemetery. Whenever his whiny high-pitched voice comes on the radio the thought that goes through my head is “god I hate this song.”

But if I ponder that thought for a second it makes no sense. Why such a strong emotion for something so trivial? Its not like I have to listen to that song, and the nature of having taste is liking some things but not others. Of all the things there are to hate in life, like the Absolutely Convinced, crooked politicians or booting a routine double play, no song should ever qualify. Yet here I am, feeling the vitriol rise within me with every passing verse of “Moves Like Jagger.” It would make a lot more sense for me to just not like this song. But I don’t not like it, I fucking hate it!

Here’s a confession: Its not the song that I hate. Its the fact that so many others like it. Lets pretend that song was never a hit and the only time I ever heard it was when someone played it for me as “the worst song ever made.” If I’m being honest with myself, in that scenario I would not hate that song. I might even (as I look around to make sure nobody hears me say this) enjoy it.

If you ponder this for a moment I bet you can come up with something that you too hate but only because others – perhaps people you don’t like – like it. If you can’t think of anything then spend an hour watching a popular cable news show of whatever network represents the party you disagree with. I guarantee you that Bill O’reilly or Rachel Maddow will discuss multiple subjects that you hadn’t even thought of, but now that you’ve heard them talk about make you angry.

We all know that man is a social animal, but we probably underestimate just how much of our opinions are driven by other people, as opposed to rational thought. Do you really think Global Warming is happening because you’ve spent countless hours reviewing the scientific research, or is it more likely that certain people you think are smart and have the latest iPhone have biased your opinion? Is gay marriage really going to destroy the sanctity of the vaunted institution practiced by the likes of Kim and Kanye, or are you insecure in your place in an ever-changing world and venting that fear in the direction of the social change du jour? Did you overlook mine starting this paragraph with man is a social animal because my undeniable good looks get me a pass on mild rhetorical sexism?

If you look closely a lot of what people hate is something out of their hands, and that’s no coincidence. Most bad habits have a hidden payoff. The payoff for hating whatever is being done by a lot of others over there is it removes you from the responsibility of whatever is happening to you over here. If I hate the fact that my car is dirty then I can wash it. But if I hate the fact that Adam Levine is a judge on The Voice then there is nothing for me to do but tune in once a week and spout off, as opposed to using that time productively and going to the car wash. How convenient!

This Adam Levine Phenomenon, or ALP for short, is the cause of much of the suffering in the world today. How much rage and judgement do we spew forth about rights, religion and art because it helps us avoid a responsibility?

Technology only emboldens the ALP, and slacktivism is its ultimate manifestation. You know what’s easier than taking care of your own shit? Complaining about someone else’s shit in 140 characters or less. This is why I am suspicious of public witch hunts on social media. If you’re actually outraged about that video of Ray Rice beating his fiance in an elevator you volunteer at a domestic violence hotline. If you are in the throes of the Adam Levine Phenomenon, then #fireGooddell.

In the spirit of our Clueless philosophy I vow not to give into the Adam Levine Phenomenon – and perhaps even wash my car.

You should consider doing the same.