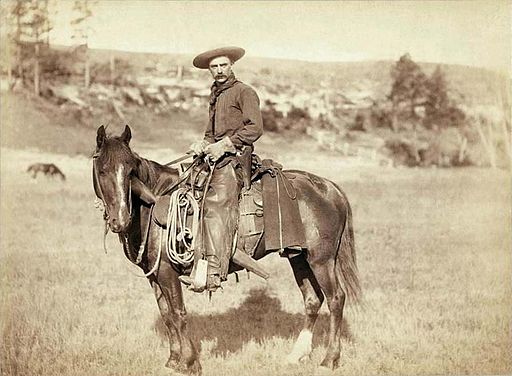 Sometimes when someone asks me what religion I am, and I tell them that I am not, they launch into a lecture on the importance of having stuff to believe in. If they were more eloquent (which they often are not) they would quote me some John Wayne, as in “a man’s got to have a creed, a code to live by.” The Clueless often do have a Code, or many Codes, that we live by. Instead of our beliefs being an accident of birth or the result of whatever we were yelled at when we were kids, we actually pick our own.

The same could be said of the early American pioneers that traveled West in the 19th century in search of a better life. Since they often lived beyond the jurisdiction of established laws and government, they had to come up with their own set of rules. This (then unwritten) set of what was socially and personally acceptable has since become known as the Cowboy Code, or the Code of the West.

There are many versions of this floating around, and Gene Autry even publicized his own version on his radio and TV programs. My favorite might be the Code put out by the Center for Cowboy Ethics and Leadership, particularly the ones about finishing what you started and talking less while saying more.

Its fascinating to me how the lack of other people around to tell people what to think and how to behave resulted in the ad-hoc creation of such wonderful standards to live by. As we often see in the present day, the opposite holds true as well, as in those who go around telling other people how to live often end up holding themselves to the lowest of standards.