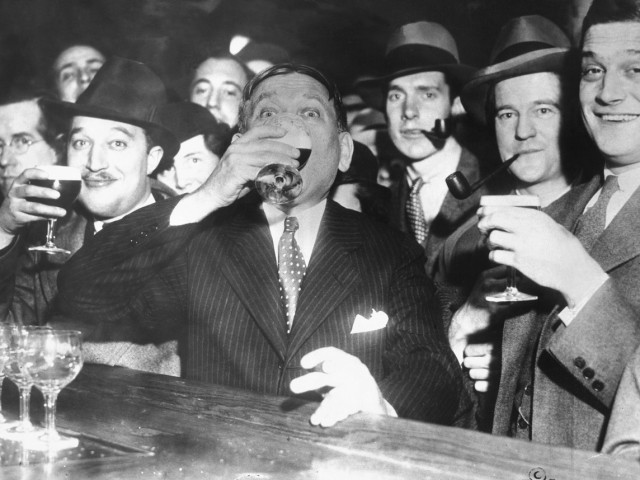 You need look no further than the grimy streets of old Baltimore to find the underpinnings of the NFC philosophy. I have long been a self-taught student of one of Baltimore’s finest sons and one of the literary greats of all time in my humble opinion. Although I confess to having smoked the occasional joint and knocked back a few bottles of sweet cheap wine while sitting on Edgar Allan Poe’s grave upon a few late evenings of my youth, it is not this literary genius of which I speak. I refer of course to none other than Baltimore’s own Henry Louis Mencken. HL Mencken was a journalist when the word meant something more than it does today. He attacked politicians of all stripes and had little use for so called codes of morality or religion and once pointing out that “It was morality that burned the books of the ancient sages, and morality that halted the free inquiry of the Golden Age and substituted for it the credulous imbecility of the Age of Faith. It was a fixed moral code and a fixed theology which robbed the human race of a thousand years by wasting them upon alchemy, heretic-burning, witchcraft and sacerdotalism.

For many years I kept a copy of Mencken’s essays in the trunk of my car and when I was early to some event, or someone else was late for a meeting more likely (for all my faults I am a very punctual man) I would pop the latch and read a bit. (Unfortunately the book was lost when I sank the USS Dodge in the parking lot of Annies Pamount Steak House when a northeaster came up and drove much of the water in  the Kent Narrows onshore, and I being ever the optimist, thought that my low slung coupe could escape in the same fashion as my friends with high riding 4 wheel drive pickups. I was wrong and that book, along with the vessel, is now gone forever) He was cynical, sarcastic, critical of sloppy thinking and blind faith, and a damned good writer.

In a time when there is such clear media bias on both sides Mencken stands as reminder that the bias should be against anyone and everyone in power. He once wrote that “Civilization, in fact, grows more and more maudlin and hysterical; especially under democracy it tends to degenerate into a mere combat of crazes; the whole aim of practical politics is to keep the populace alarmed (and hence clamorous to be led to safety) by menacing it with an endless series of hobgoblins, most of them imaginary.” Exposing those hobgoblins for what they are should the sole aim of a journalist. I have always said that, although I love what I do, in a better world I would be a political columnist in the vein of Mencken or Royko by day and a whiskey drinking, chain smoking baseball beat writer by night. Alas, no one has yet offered me that high position.

In the writings of Mr. Mencken I found many suggestions and ideas that I found useful in viewing the world and living my life. Here without further ado is Pat 1 of the HL Mencken Field Guide to Life as interpreted by your humble pastor.

Think about it for a second. The  Absolutely Convinced among us are among the dullest people on the planet. Their way is best for all and there is to be no question about it. They, and they alone, know what is best and if you have the temerity to disagree they will happily execute you ignorant ass. Best of all, no further investigation into the subject is warranted. God, or the party chairman, has decreed the best position to have sex, the best person with whom you shall have sex, what percentage of your income shall be taken at gunpoint to support the bureaucracy and pay off voters, where you shall worship, which statue of which imaginary space being you shall bow to in prayer each day. Children need bicycle helmets, mandatory testing and a ready supply of condoms and that is all there is to it. They are dull in thought and speech and yet through the pure wonder of the mob voting of the current form of government they are in power. If they ever were forced to say “I don’t know” their heads would explode exposing the vacuum that lies within.

It is, of course, quite true that there is a region in which science and religion do not conflict. That is the region of the unknowable.

There it is laid out by one of the great thinkers of our time. We just do not fucking know. Many believe in one thing or another and some others believe in nothing at all. I doubt that there is a heaven perfectly laid out as we all drift around on wings playing harps while Jehovah looks over us, Jesus passes out candy bars and Mother Mary has us all over for a nice paschal lamb and Brussel sprouts dinner after Sunday Worship. I doubt the jihadists ever get their virgins and unfortunately none of the Vikings are likely to be found in Valhalla’s halls waging war, swilling mead and seducing lusty wenches. I could be wrong (although it is a bad ass version of heaven) but I suspect none of these  hoped for conclusions will come to pass.

Nor can I quite get my head around the fact that the perfection of the ecosystem and life was spun out of a big bang created out of an unexplainable nothing that all happened by complete random chance. The universe seems so well designed that I suspect some sort of a designer rather than a lucky roll of the dice. However I do not know for sure and it seems dangerous to start making up stories about the whole thing and passing them around as the meaning of life.

I do recognize that whether it has been design or just a really good spin of the wheel we live in a world filled with incredible things and experiences. There is love, sex, books, wine, music, baseball, sleeping in, food (wife is doing ribs in the smoker as I write this. Smells pretty damn good around here right now) and experiences to have that to deny ourselves these things out of a belief that there is an even better next place is just fucking stupid. If there is a God and she put all this neat shit here as a test I don’t want anything to do with the bitch.

The most curious social convention of the great age in which we live is the one to the effect that religious opinions should be respected. Its evil effects must be plain enough to everyone.

We hear this one all the time don’t we? We should respect others beliefs. I respect your right to believe it but when it begins to encroach on my life we have a problem. If your religion considers killing those who do not share your belief then I do not respect it nor should anyone else. If  your religions dictates that those too poor or otherwise unable or unwilling to raise children cannot use readily available and safe means of birth control and just refrain from having sex then your religion is ridiculous and I have no respect for it. If your religion dictates that you go harass women making one of the most difficult decisions of their lives then I have no respect for it or you. If your religions restricts drinking, dancing or fucking I want no part of it. If your religion believes that leaders are chosen based on genitalia, that I cannot respect. Most men spend their entire lives chasing vaginas so it is simply asinine to assume they cannot be lead in worship by someone who possesses one.

It seems trite to say it but one of the chief sources of evil in the world throughout history has been religions. This idea that we and we alone know who god is and what he wants is just ridiculous. If there is a god he or she is unknowable and way beyond our understanding. I am quite convinced that if god exists she is pissed that she gave us all this great stuff and we ignored it and spent our time fighting over what she looked like. As Mencken himself once expressed “I believe that religion, generally speaking, has been a curse to mankind , that its modest and greatly overestimated services on the ethical side have been more than overcome by the damage it has done to clear and honest thinking.”

I believe in the complete freedom of thought and speech, alike for the humblest man and the mightiest, and in the utmost freedom of conduct that is consistent with living in organized society.

There it is in a nutshell. Live in what manner you choose and think whatever you want no matter how ignorant I may find it. Talk about it incessantly if you choose but if my choice is to leave the room don’t you dare grab my arm as if to make me stay. You live your life, and I will live mine. But at the end of the day, even we if we strongly disagree on such matter, if I am not harming you directly and you are not harming me, let’s just leave each other the fuck alone okay?

Well, here is where alcohol comes in. In its milder and more palatable forms, as in wine, it remains unmatched after all these centuries as a maker of cheer.

And who couldn’t use a little more cheer.? With that thought I am off to uncork a cheery evening!