The Year I Stopped Giving a Shit About the NFL 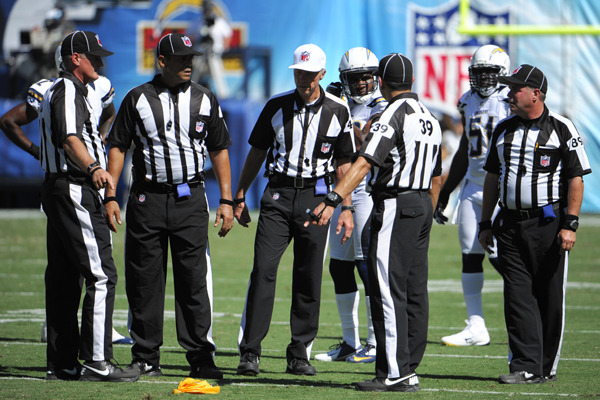 This is the year I stopped giving a shit about the NFL. It has been coming for some time as my interest in the game has faded the past few years. I knew I had crossed over into Notgiveashitstan when I looked at the cable bill and realized that under no circumstances did I think the NFL package on Direct TV was worth $45 a month. I canceled that day and decided just to settle for whatever local game was on. The problem with that is that I live in Florida and all of the local teams are horrid. I figured given my love of all things Pirate, the Buccaneers over in Tampa would be a natural choice until I tried to watch a game. I was asleep on the couch before halftime. It was just boring football.

It is not that I don’t still like football. I am still a huge fan of the college games, and there is a lot of yelling and screaming going on here when one of the two teams of my youth are playing. Being an Irish Catholic kid in the 1960s growing up in Annapolis, Maryland I root for Navy and Notre Dame, although the Irish are making it a little difficult this year. I have adopted the Florida Gators as my instate team and although they can be hard to watch they play incredible defense which has always been my favorite part of the game. Plus I look fantastic in Blue and Orange.

However, the Pro game has become boring. All the rule changes to make it safer have turned the games into flag fests. They have also turned the defense into bystanders. Let me let you in on a little secret. Football is not a safe sport, and everyone on that field knows it. It is not like they are gladiators in ancient Rome taken as slaves and forced to fight. Each and every one of them has worked their whole life to get exactly where they are. They love the game, and they love the money. If you told them they had to play with no pads and leather helmets, they would still play. It is like boxing in the 1950s and 1960. It is dangerous, and you can hurt but if you succeed you succeed beyond your wildest dreams. We watch NASCAR for crashes and Pro Football for the big hits. Take the violence out of football, and we might as well be a bunch of Englishman sitting around sipping tea and watching soccer.

The league has also made it against the rules to have a personality. No uniform additions. No end zone celebrations. No taunting whatever the fuck that is. No excessive celebrations. Mr. Goodell, nothing exceeds like excess and trying to turn an NFL game into a dull day at the office takes half the fun out of the game.

Of course, in today’s world of participation trophies, we have parity rules to make sure every team has a chance. All parity rules have done is ensure that there is a whole lot mediocre football played each and every Sunday. It takes a rare combination of coach and owner found pretty much only in New England these days to consistently field a good team year in and year out.

I grew up with the Baltimore Colts. We had Johnny Unitas and Raymond Berry doing things that had never been done. We had Bubba Smith and Artie Donovan, Mike Curtis, Ted Hendricks and Rick Volk. They were blue collar guys who played smash mouth football in the world’s largest outdoor zoo on 333rd street. They didn’t always win, but they won a lot a lot, and they were fun to watch. And then in 1983 the moving fans showed, and they were gone.

I moved out west after that and while I followed the 49ers and admired how great those Bill Walsh teams were I was not a rabid fan. I went to a few games while I was out there but that was because I was given tickets. I never bought a ticket to a game in the five years or so I was in California.

I had a football renaissance of sorts when I lived on Kent Island in Maryland from about 2000 to 2010. Baltimore had the Ravens, and they were defensive wunderkinds in the last era where you were allowed to kick ass on the defensive side of the field. Football was also a huge social thing in the fall and winter. The boats were in storage; it was cold, and there is not a hell of a lot to do in a boating town when the boats are out of the water, so football took center stage. If you had tickets you were at the game and if you didn’t you were at Annies or Lukes to watch football with a bunch of friends, eating lots of food and above all drinking a lot of beer. There were Ravens fans and Redskins fans in the area and the taunting while good natured was endless. It was a hell of a good time with a bunch of great friends, and I became a serious NFL Fan. Fantasy Football was a blood sport played for a pretty good amount of money, and that helped further energize Sunday afternoons.

When I moved to Florida, I lost a lot of the social aspect of the game. I found some bars in the areas that are Ravens fan bars and of course the local sports bars all have pretty good Sunday crowds, but I lack the motivation to bother. My days of drinking all day Sunday and being moderately functional before Tuesday are behind me now. My wife would probably happily drive me to the game just to get me out from underfoot, but I prefer to stay home. I would rather putter around the office, doing some research, maybe read a book and get a decent nap in then spend the day in a bar watching bad football.

The NFL is now on the same level as the NBA for me. I can catch the highlights on Sports Center, and that’s all I need. I will probably watch the championship games and the Super Bowl, but I won’t care who wins. I will spend the offseason like Hal of Famer Rogers Hornsby who once said “People ask me what I do in winter when there’s no baseball. I’ll tell you what I do. I stare out the window and wait for spring.

It is a combination of things- the rule changes, restriction on the defense, parity driven mediocrity and yes, the lack of the social environment, but this is the year I stopped giving a shit about the NFL